Home / Information / Knowledge / Types of Valve and Their Pros and Cons

Types of Valve and Their Pros and Cons

Hygienic butterfly valve  has a disc to rotate 90° so as to open/close, and adjust the fluid flow rate in pipeline system.

① Compact body. ②Quick Open and Close, small flow resistance. ③Can be used for media with suspended solid particles, can also be used for powder according to the strength of the sealing surface and granular media.

① The flow rate can be adjusted in small range, when the opening reaches 30%, the flow will enter more than 95%. ② Due to the limitation of butterfly structure and sealing material, it is not suitable for high temperature and high pressure pipeline system. The general working temperature is below 150℃ and working pressure is below10bar. ③The seat performance is poor compared to hygienic ball valves and globe valves, so it is used in where the sealing requirements are not very high. 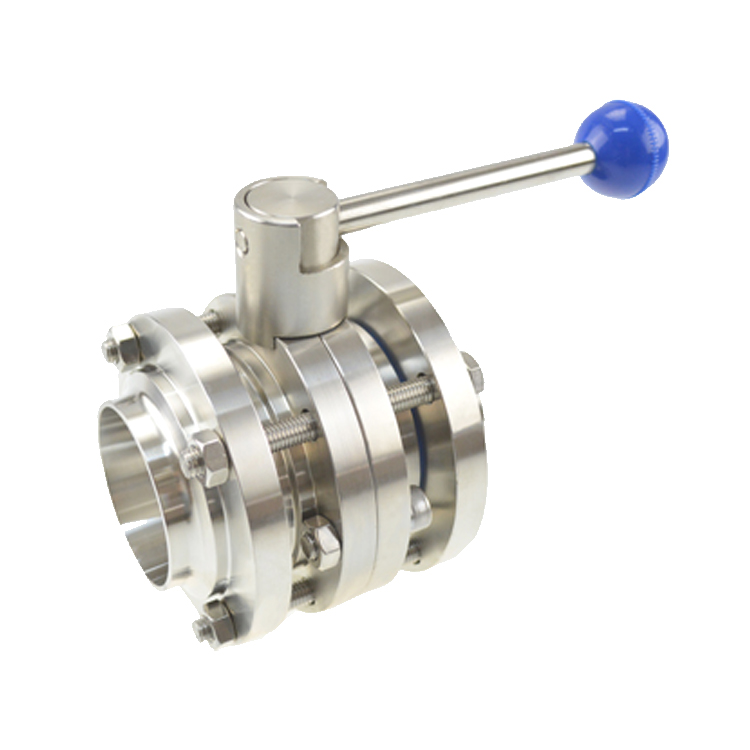 It is evolved from plug valve. The valve's on/off part is a ball. The ball is rotated 90° around the axis of the valve stem to achieve the purpose of opening and closing.

① It has the lowest flow resistance (actually 0); ②it will not get stuck during work in corrosive media and low boiling liquids (when there is no lubricant)③When fully open and fully closed, the sealing surface of the ball and the valve PTFE seat is isolated from the medium, so the medium passing through the valve at high speed does not cause erosion of the sealing surface; ④ It can realize fast opening and closing, and the operation time of some structures is only 0.05~0.1s to ensure that it can be used in the automatic system of the test bench. 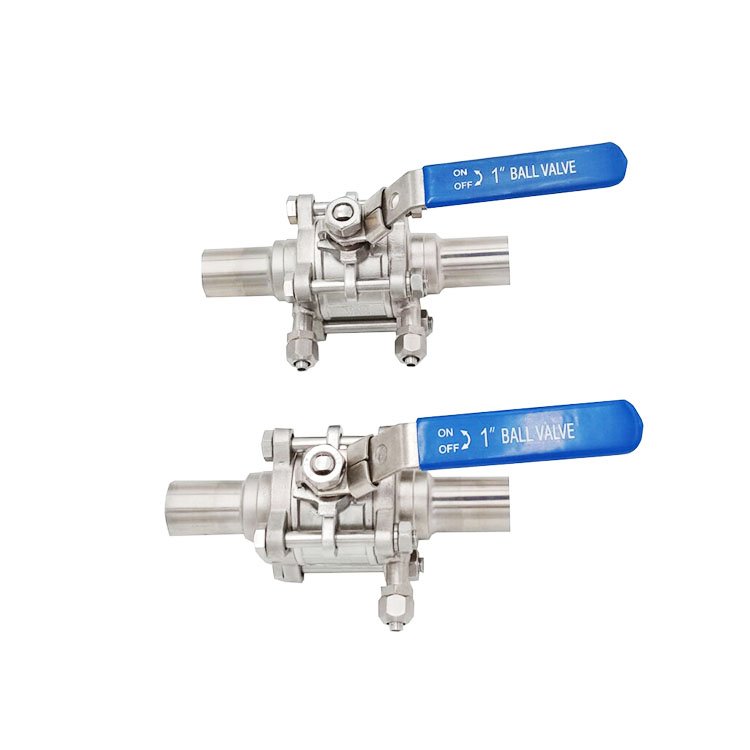 ① Due to the main seat of ball valve is PTFE, it has a higher expansion coefficient and a lower temperature resistance level, so it can only be used at a temperature less than 180℃. Above this temperature, the sealing material will age. When considering long-term use, it is generally only used at temperatures below 120°C. ② Its regulating performance is worse than that of cut-off valves, especially pneumatic valves (or electric valves).

Hygienic check valve is also named non return valve, or one way back pressure valve. These valves are automatically opened and closed by the force generated by the flow of the medium itself in the pipeline, and belong to an automatic valve. Check valves are used in pipeline systems. Their main functions are to prevent backflow of the medium, to prevent the pump and drive motor from reversing, and to release the medium in the container. The check valve can also be used to replenish an auxiliary system where the pressure may rise above the system pressure. It can be divided into swing type (rotating according to the center of gravity) and lifting type (moving along the axis).

Although sanitary stainless steel valve is small,they play very important role in production and life. Above, I briefly introduced the advantages and disadvantages of several valves, you can choose according to specific applications. Our company is a specialized manufactuer of valves.Top quality,Competitive prices, welcome to send us inquiry