Home / Information / Knowledge / What Are the Applications of CBD Oil?

What Are the Applications of CBD Oil?

CBD is a pure natural ingredient extracted from industrial hemp. In addition to blocking the adverse effects of THC and other polyphenols on the human nervous system, it also has a series of physiologically active functions such as blocking breast cancer metastasis, treating epilepsy, anti-rheumatoid arthritis, and anti-insomnia. As early as 2003, a company applied for a patent in the United States, using CBD as a neuroprotective agent and antioxidant. In recent years, low concentrations of CBD have appeared in health products, foods and skin care products, and the mysterious CBD has gradually been recognized by most people. The following are some of the current usages of cannabidiol. The equipments for cannabis extractions includes Butane extractor, solvent extractor, bho extractor and Co2 extractor. 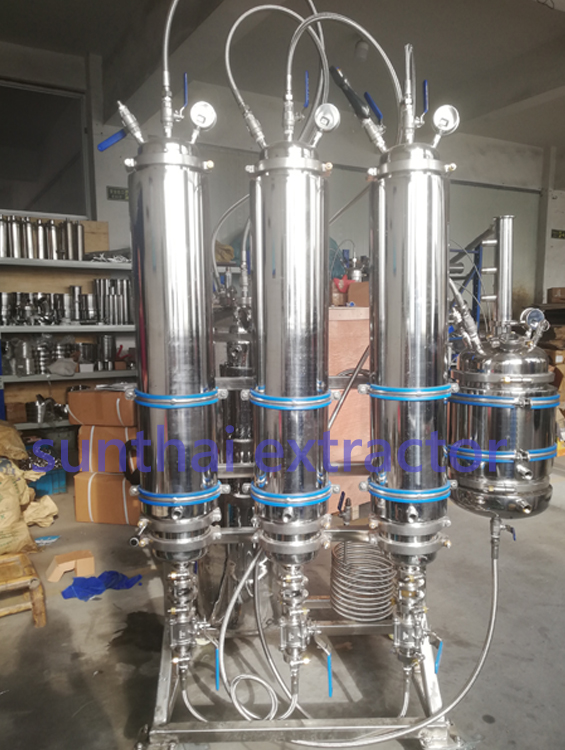 Cannabidiol has a wide range of biological effects and has a variety of potential sites of action in the nervous system and has been evaluated as a drug for the treatment of neurological diseases. It has certain effects on anxiety, schizophrenia, addiction, neurodegenerative diseases, hypoxic-ischemic encephalopathy, etc.

In the mid-nineteenth century in Europe, Scottish doctors used cannabinoids to treat childhood epilepsy, which was widely supported by neuroscientists at the time. At present, there is a drug Epidiolex containing 98% CBD in the United States. It is produced by GW Pharmaceuticals in the United Kingdom and approved by the US Food and Drug Administration. It is mainly used for the treatment of two special types of epilepsy.

At present, CBD research also found that it has certain effects in anti-rheumatic arthritis, gastroenteritis, anorexia, brain tumors, etc. In addition, it also has certain help in the prevention of cancer and diabetes.

It is very helpful to prevent liver cancer and cirrhosis, and it can help people who have been drinking and smoking for a long time to reduce their dependence on alcohol and nicotine.

CBD has a certain effect of inhibiting the proliferation, metastasis of tumor cells or inducing autophagy or apoptosis. CBD also has a certain inhibitory effect on glioma, leukemia and prostate cancer.

CBD can play a role in metabolism and immune regulation by regulating the levels of inflammatory factors and controlling the production of interferon.

CBD has the activity of reducing or preventing spasms. It has been found that CBD can enhance the antispasmodic effects of phenytoin and sedative sleeping agents.

CBD has a certain inhibitory activity against staphylococcus and streptococcus and fights against MRSA (resistant Staphylococcus aureus) infection. In addition, CBD also has anti-stable drug effects and anti-Gram-positive bacteria effects; it is effective for controlling dystonia sports diseases and malaria disease.

CBD can relieve stress and reduce ulcers caused by stress. CBD can prevent the anxiety caused by THC, and even has an impedance effect on other central nervous system effects caused by THC. Cannabidiol (CBD) and tetrahydrocannabinol (THC) are also natural compounds found in cannabis plants, but they are completely different substances. CBD is a good anti-oxidant substance. It is extracted from plant cannabis 20 years earlier than THC. A series of scientific studies on it show that it has a positive effect on the human body.

CBD also has anti-oxidant effect, can resist glutamate neurotoxin (stronger than ascorbate or vitamin E), is a potential antioxidant.

Because CBD has very little toxicity, it has a good application prospect for relieving the nausea and vomiting reaction produced by patients after chemotherapy.

The tools that can be used for CBD extraction mainly refer to the following: closed loop extractor, Open blast extracto, and FFE evaporator.

The falling film evaporator is used in CBD extraction to recover the ethanol. FFE can also separate butane from THC isolation. Closed loop extractors have become more and more popular for extracting cannabinoids.