2. 2. It has valve disc lifting function, which can clean the valve core when cleaning the pipeline.

3. 3. There is a lower pipe pressure balancing device, which can bear relatively large pressure without jacking up the valve disc.

1. The pressure in the pipe cannot be balanced. When the pressure in the lower pipe is greater than 8 bar, the lower valve disc of the double seat mixproof valve may be jacked up, resulting in the material entering the valve core cavity, and even the upper and lower valve discs can be jacked up at the same time, resulting in the short-time conduction of the upper and lower pipes.

2. When the valve is opened, a small amount of material in the lower pipe will enter the valve core cavity and contact with the outside world, resulting in valve core pollution and material loss.

1. A pressure balance block is added on the basis of D-valve, and the pressure of the valve disc of the lower pipe is lifted up to 25bar. 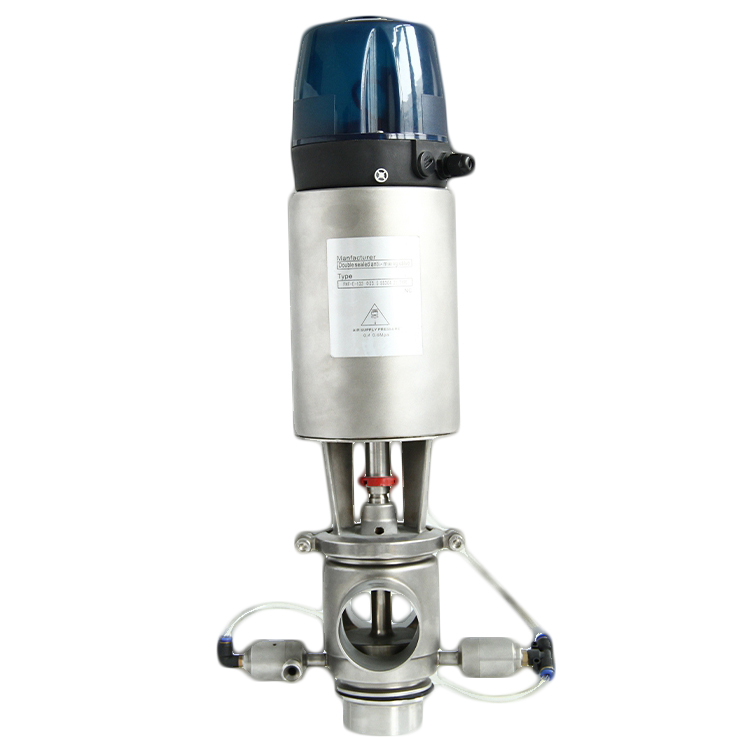 2. There is friction between the sealing ring and the contact surface when the valve acts, which causes great wear and relatively high maintenance cost.

2. Two kinds of valve core cavity cleaning methods can be selected according to the needs.

1. The cost is slightly higher than the former two valves.

2. The cleaning procedure is more complicated than the former two valves, but the cleaning frequency and effect are improved.

The valve inverts the outlet of the valve core cavity, so it can be installed upside down or horizontally, and other performances are similar to D-type valve.

The sealing ring of the upper valve disc at the tank body and pipe is easy to be worn.