Home / Information / Knowledge / What Are the Characteristics and Classification of Diaphragm Valve?

What Are the Characteristics and Classification of Diaphragm Valve?

What Are the Characteristics and Classification of Diaphragm Valve?

The structure of the diaphragm valve is very different from the general valve. It is a special type of stop valve, which relies on a soft rubber mold or plastic film to control fluid movement.

The sealing principle of diaphragm valve is to press down the diaphragm assembly by the downward movement of the operating mechanism to close with the channel of weir type lining valve body or through type lining valve body, so as to achieve sealing. The specific pressure of the seal depends on the downward pressure of the closing member. Because the valve body can be lined with various soft materials, such as rubber or polytetrafluoroethylene, etc. The diaphragm is also made of soft materials, such as rubber or synthetic rubber lined polytetrafluoroethylene, so it can be achieved a complete seal with very little force. 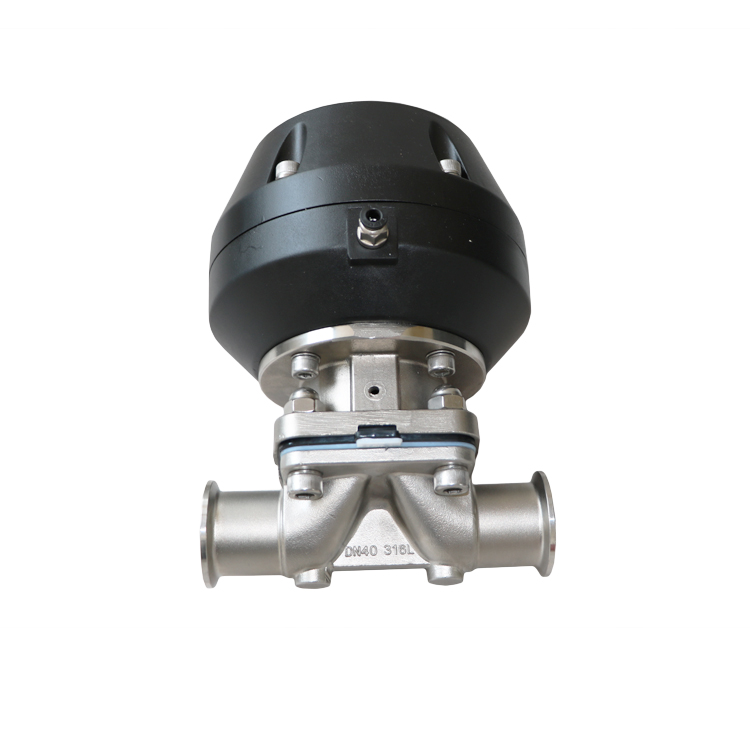 (1) The fluid resistance is small.

(2) It can be used for medium containing hard suspended solids. Because the medium only contacts with the valve body and diaphragm, there is no need for packing box, and there is no possibility of corrosion to the valve stem.

(3) It is suitable for corrosive, viscous and slurry media.

(4) It can not be used in high pressure situations.

The ridge diaphragm valve has larger fluid resistance than the right-angle diaphragm valve. And it has a large sealing area and good sealing performance, which can be applied to pipelines with high vacuum.

The gate type diaphragm valve has the smallest fluid resistance and is suitable for conveying viscous materials. Diaphragm materials commonly used natural rubber, neoprene, butyl rubber, NBR, isobutylene rubber, fluorinated rubber and polyfluoroethylene propylene plastic (F46), etc. The disadvantage of the gate type diaphragm valve is that the pressure resistance is not high, generally within 6kgf/cm2 (0.6MPa). The temperature resistance performance is also limited by the diaphragm, generally it can only withstand 60 ~ 80 ℃, and the maximum is not more than 180 ℃.

Diaphragm valves are popular in a wide variety of industries, including agriculture, chemical processing, medicine and so on.