The valve disc is pressed tightly against the valve seat, and the medium of the device cannot be discharged. When the pressure in the device exceeds the specified working pressure and reaches the opening pressure of the safety valve, the force of the internal medium acting on the flap is greater than the force exerted on it by the loading mechanism, so the flap leaves the seat and the safety valve opens. The medium inside is discharged through the valve seat. If the displacement of the safety valve is greater than the safe discharge of the equipment, the pressure in the equipment gradually decreases, and after a short time of exhaust, the pressure drops back to the normal working pressure. At this time, the force that the internal pressure acts on the valve flap is less than the force exerted on it by the loading mechanism.

The valve flap presses the valve seat again, the medium stops discharging, and the device maintains the normal working pressure and continues to operate. Therefore, the safety valve is closed or opened by itself through the increase and decrease of the medium force on the valve flap and the force of the loading mechanism to prevent the overpressure of the device. 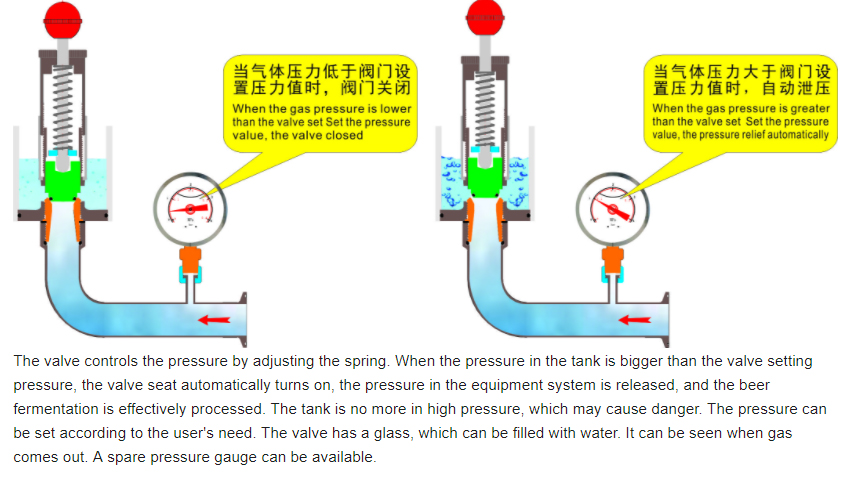