Some Common Questions about Valves

Some Common Questions about Valves

Stainless steel valve is a control component in the fluid transferring system, with functions such as shut-off, adjustment, diversion, anti-backflow, voltage regulation, shunt or overflow and voltage relief. There are many kinds of valves, such as screwed valve, sanitary valve, ball valve, butterfly valve, angel seat valve and check valve. Valves for fluid control systems range from the simplest shut-off valves to the extremely complex valves used in the complex self-control systems, they have a wide variety of sizes. Today we mainly introduce five common questions about valves.

1. Why can't a double seat valve be used as a shut-off valve?

The advantage of the dual-seat valve is the force-balanced structure, which allows a large pressure differential, and its disadvantage is that the two sealing interfaces cannot be in good contact at the same time, thus resulting in leak. If it is artificially and forcibly used to as a shut-off valve, it is obviously not effective, even if it has made many improvements (such as double-sealed sleeve valves), it is not advisable.

2. Why does the double-seat valve easily oscillate when working at a small opening?

For a single seat, the valve stability is good when the medium is flow-opening, the stability of the valve is poor when the medium is flow-closed. The double-seat valve has two seat, the lower plug is closed, and the upper plug is open. Thus, when working at a small opening, the flow-closed plug is easy to cause vibration. This is why a double-seat valve can not be used for small opening work. 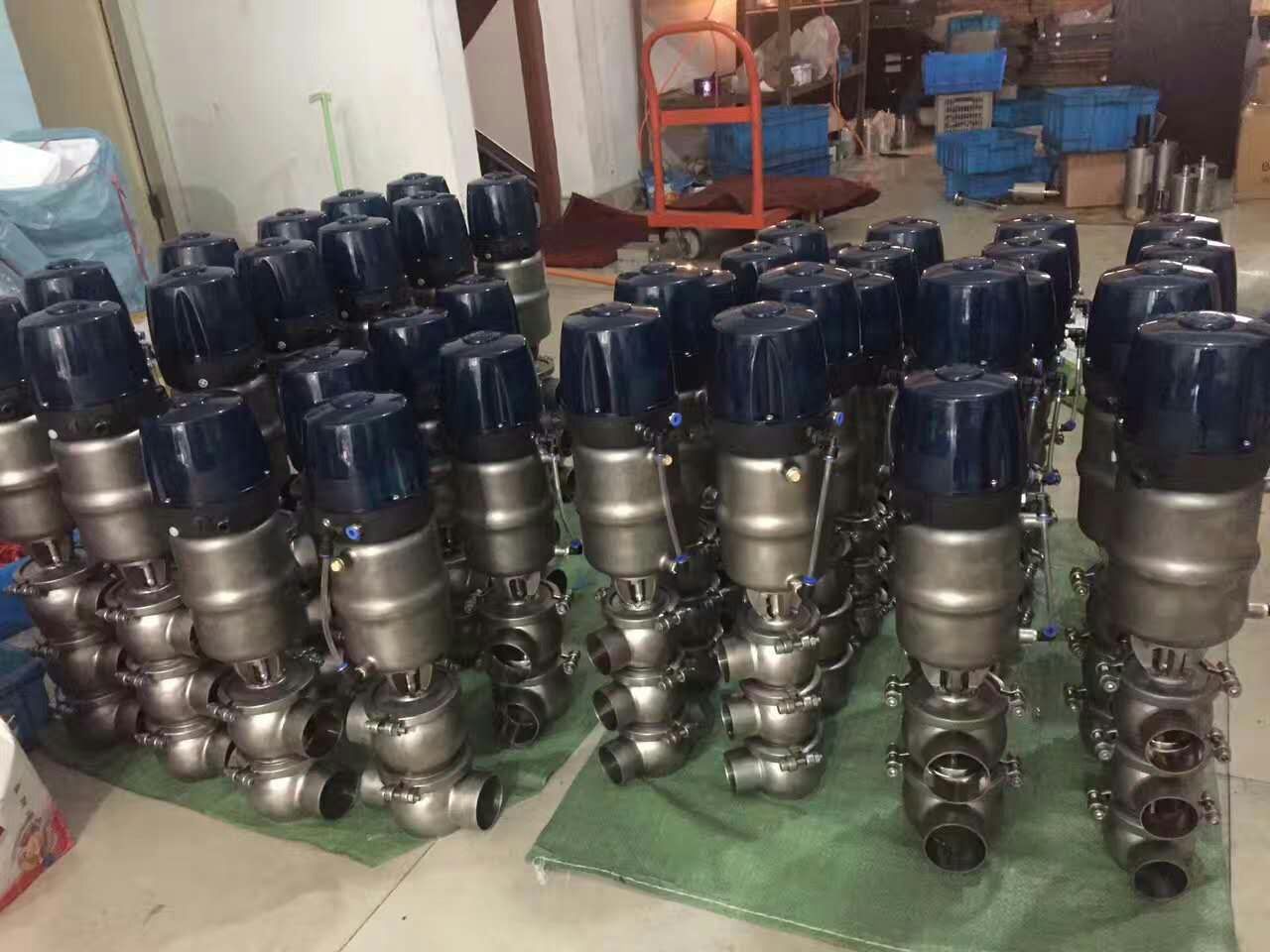 The linear-stroke valve spool is vertically throttled, while the medium flows horizontally in and out. The flow passage in the valve chamber must turn and turn, which makes the flow path of the valve quite complicated (the shape is inverted S-type). Thus, there are many dead zones that provide space for the precipitation of the medium, which causes blockages. The direction of the angular-stroke valve throttling is horizontal. The medium flows horizontally, which makes it easy to take away the dirty medium. At the same time, the flow path is simple, and the space for the medium to precipitate is also small, so the anti-blocking performance of the angular-stroke valve is good.

4. Why is the shut-off pressure difference of the angular-stroke valve large?

The shut-off pressure difference of the angular-stroke valve is large, because the resultant force of the medium on the spool or the valve plate generates a very small torque to the rotating shaft, therefore, it can withstand a large pressure difference.

5. Why is the stem of the linear-stroke regulating valve thin?

It is a simple mechanical principle: the sliding friction is large and the rolling friction is small. The valve stem of the linear-stroke valve moves up and down, when the filler is slightly pressed tightly, it will tightly seal the valve stem and produce a large backlash. Therefore, the valve stem is designed to be very thin, and the filler commonly uses tetrafluorofiller with a small friction coefficient to reduce the backlash, but this always makes the stem easy to bend, and the filler life is short. The best way to solve this problem is to use the brigade valve stem, that is, the angular-stroke regulating valve. Its valve stem is 2 to 3 times thicker than the linear-stroke valve stem, and the graphite packing with long life is selected.

The shut-off valve requires that the leakage is as low as possible, the leakage of the soft-sealed valve is the lowest, and the shut-off effect is of course good, but it is not wear-resistant and has poor reliability. From the double standard of small leakage, sealed and reliable, the soft seal cutting is not as good as the hard seal cutting. A full-featured ultra-light regulating valve, sealed and protected by wear-resistant alloy, has high reliability, its leakage rate is of 10 to 7, which is able to meet the requirements of valve.